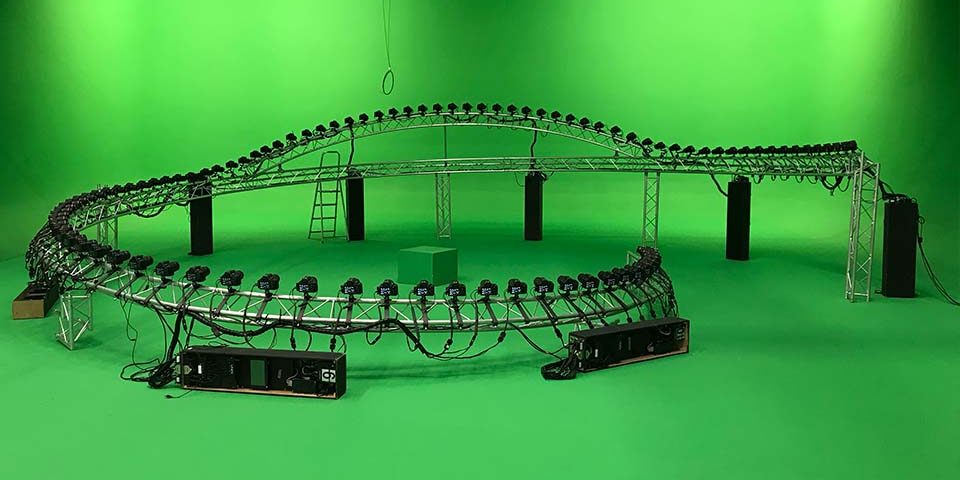 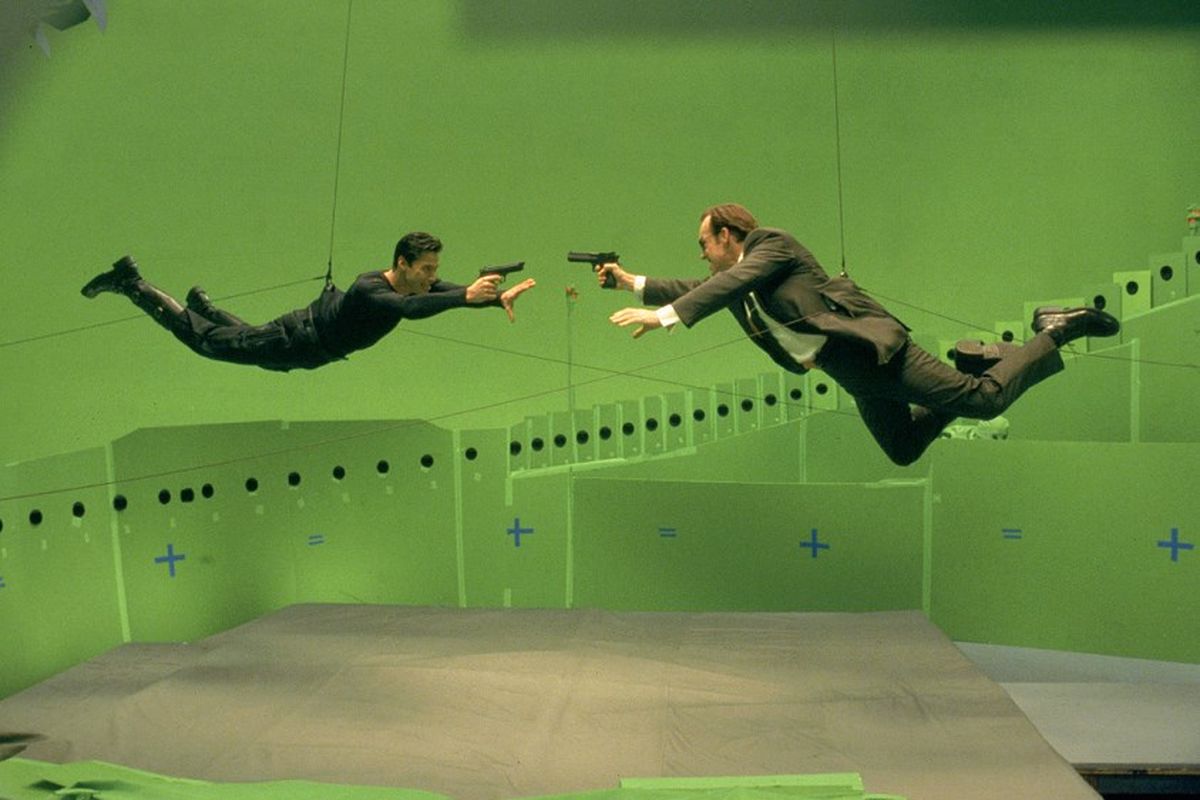 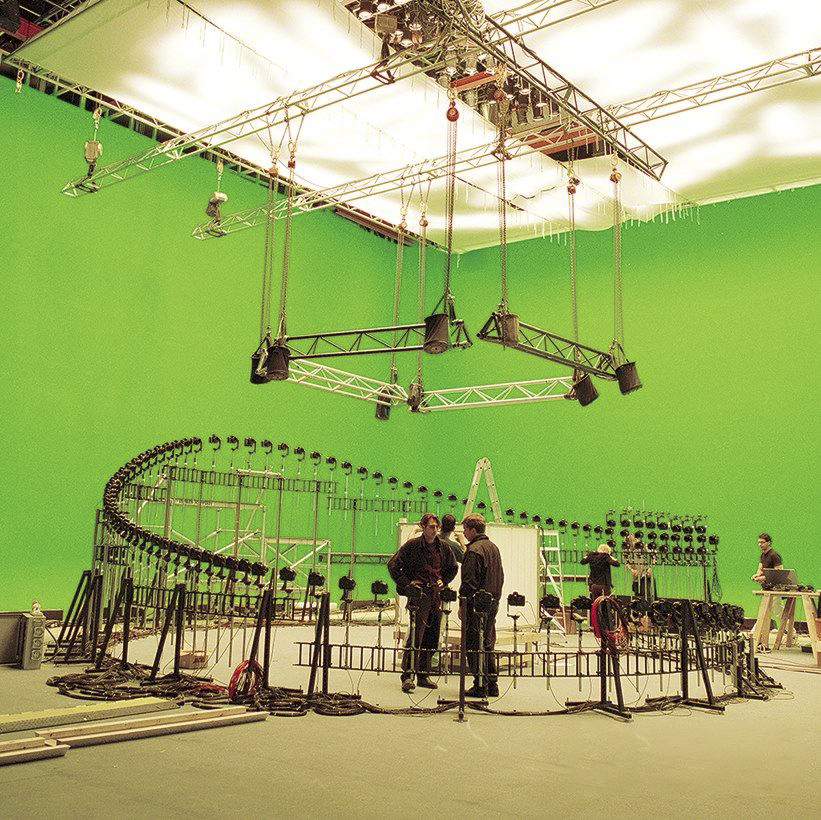 Of course, we don’t own the copyright of the above images/videos, if you would like it removing, please let us know and we will take it down. We are purely trying to bring together a repository of media and information for the matrix BTS.

How did they make the Matrix Bullet Time Shots?

The Bullet Time iconic scenes of The Matrix Trilogy were some of the most memorable scenes in cinematic history. We are asked non stop, how did they make it! Well in 2019 were asked by Sky TV to recreate the Trinity opening scene, where she jumps in the air, and also the famous Roof Top Bullet Time scene.

So we spent weeks analysing in detail the exact methods and ways, to try and recreate as accurately as we possibly can. We placed al the images into a 3D specialist package, which shows and determines exactly where the cameras were when taken, giving us a 3D model of the rigs with millimetre precision (using Keanu Reeves as a reference, knowing is height).

It turns out there was only 99 cameras used, there are many blogs stating many more, even in the behind the scenes movies, it was claimed to be 120, but there wasnt, we eve counted them by hand from the behind he scenes footage. Even in one of the BTS videos it has the frame numbers at the top and it goes to 99.

How did they make the Matrix Bullet Time rig?

If you don’t believe us, count them on the rig itself in the video, there is 99 from the first camera to the last. There are 2 rows of 8 cameras on one end of the rig, giving another 16, no idea what they are used for, but that still only makes 115 cameras. 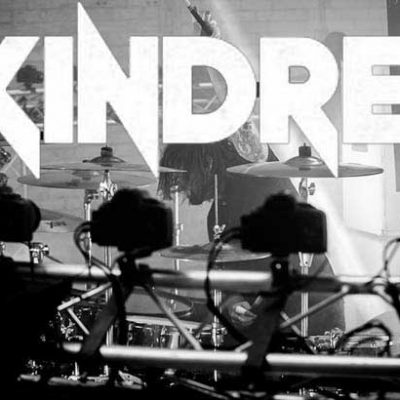 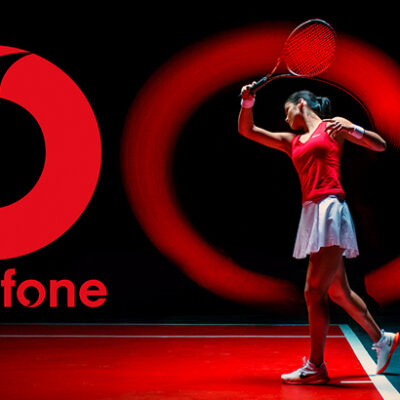 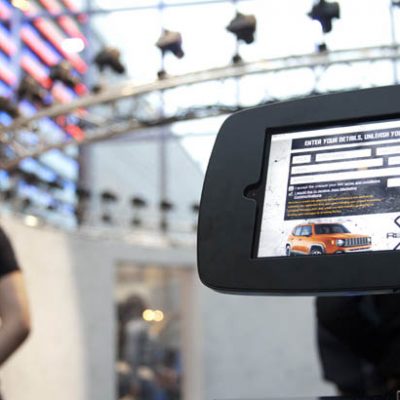 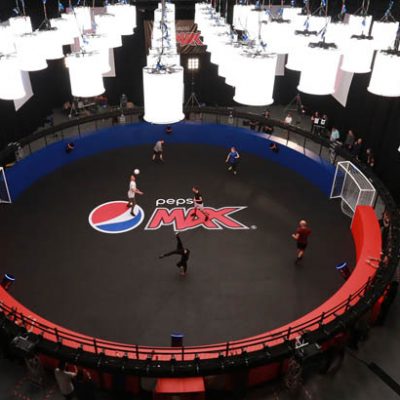 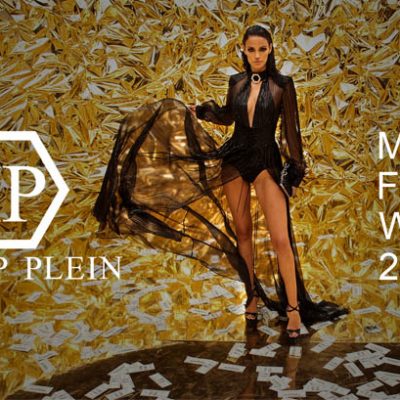